The goal was masterfully-taken, worthy of winning any match, and a lovely moment for the Spaniard who has had his struggles this season. United are likewise searching for some confidence-boosters, and their recent FA Cup performances should provide a little bit of hope. 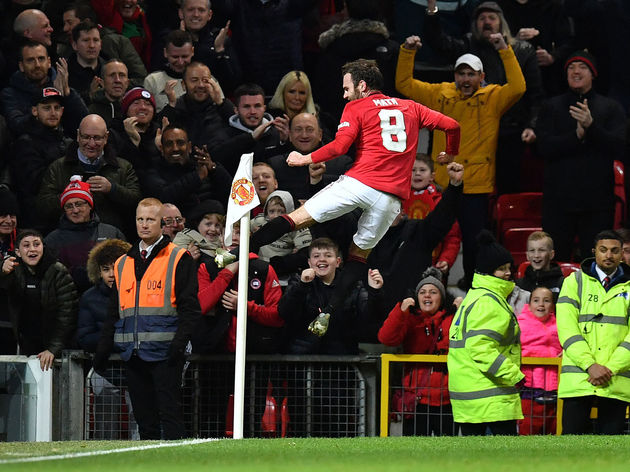 As noted by Opta, the ​Red Devils have now gone six home games in the competition without conceding a goal, a run that goes all the way back to Jose Mourinho's first season as manager at Old Trafford.

The club emerged victorious in each of those matches, United twice pummelling Reading, while also recording wins over ​Brighton, Derby County, and Wigan Athletic, plus Nuno Espirito Santo's men, of course.

So, that's two ​Premier League teams - one of whom is currently taking part in European competition - that have been nullified by Ole Gunnar Solskjaer's backline, as well as three ​Championship sides.

It's not like United are edging their way past sub-standard opposition - far from it. They're carrying out the coach's game-plan, and it's working wonders for them in the cup (at least). This should give heart to the whole squad, regardless of which players were out on the field. Clean sheets don't just happen - they're hard-earned, and there's no doubt Solskjaer's recruits had to work hard to earn their place in the next round of this year's tournament, as they did in previous editions of the FA Cup.

Winning is a habit that carries over from one game to the next. It builds momentum, and United can use their strong showings at Old Trafford as a platform for future success, whether that be in the Premier League or any other competition.