​West Ham United are understood to be keen on striking a loan deal for Chelsea midfielder Ross Barkley.

Current Hammers boss David Moyes was the man who helped Barkley make his Premier League breakthrough at Everton back in 2011, and he is seemingly eager to reunite with the Englishman once more. ​The Mirror state that Moyes is hopeful of convincing Barkley that the move would be best for his career, as he would be able to play regular first-team football and ensure he remains in England manager Gareth Southgate's plans for Euro 2020.

However, at the minute, ​Chelsea are understood to have rejected the opportunity to part ways with ​Barkley as they see him as a vital part of their squad.

Chelsea boss Frank Lampard is blessed with plenty of options in midfield.

Injuries have restricted Barkley to just 11 appearances this season, but he returned from a two-month layoff to impress in the Blues' recent 3-0 win over ​Burnley, after which Lampard confessed (via ​football.london) that he is a huge fan of the Englishman.

"I really like Ross and his character. He came to me a couple of weeks ago and he said to me that it is just starting to feel good," Lampard revealed.

"You saw his quality on the ball. He can hit right foot balls, left foot balls, take the ball well. He looked confident today. That’s part of Ross’ game that you could question from the outside is how confident is he when things go against him slightly. 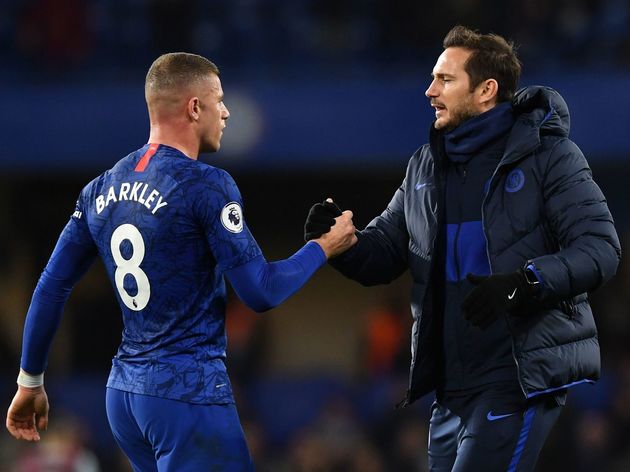 "We know exactly what Ross can do. He is an England player, he is playing for Chelsea and deservedly so. He has given me a lot of thinking to do with that performance today."

It certainly seems like Lampard is not prepared to lose Barkley any time soon, and the midfielder will likely be confident of holding down a place in the team in the buildup to Euro 2020.