Roberto Firmino Has Redefined & Revolutionised the Role of a Striker

​Roberto Firmino is so much more than simply a dazzling set of teeth.

Considered as merely a beneficiary of the immense form of those around about him - chiefly Sadio Mane and Mohamed Salah - Firmino has to be one of the world's most underrated talents, often thought of as a hipster's centre forward.

The Brazilian is far from a traditional number nine, and is neither blessed with blistering pace or height, but his significance to the Reds' attacking proficiency is unrivalled. 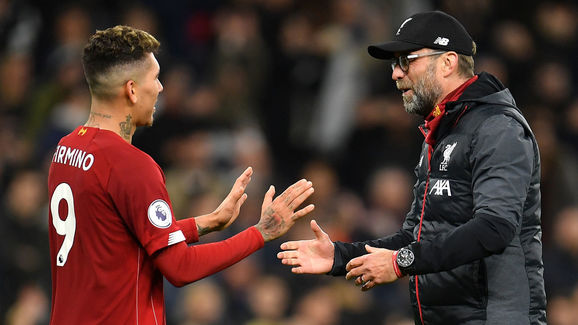 Despite being thought of as one of the prodigal sons of Jurgen Klopp's Liverpool revolution, ​Firmino was actually brought to Anfield by Brendan Rodgers back in 2015. Having joined the Premier League from Hoffenheim, it seemed as though Firmino would operate as an attacking midfielder or wide forward - the reality was quite different.

When fans do their best to destroy the reputation of ​Liverpool's number nine, they always point to his goal tally. Yes, it isn't as impressive as many of the elite strikers across Europe. However, 55 goals in 158 Premier League games saw him become the first Brazilian to net a half-century and means the attacker averages a goal just under every three games in the league. Far from terrible.

But scoring goals is not this striker's job - something that sounds bizarre even when writing it. Firmino has a much more crucial role in Liverpool's team.

Described by Klopp as the 'engine' of the side, the 28-year-old is essential in linking the Reds' front three and acts as a playmaker for both ​Mane and ​Salah, as well as being the perfect vice for connecting the midfield and attack due to his sensational hold-up play and close control.

Firmino has redefined the role of a forward, with the help of his manager, and has highlighted that a striker needs to do more than simply find the back of the net; they need to be at the heart of everything. So often Liverpool's attacks begin from the back, but rarely do they test the opposition's defence without coming through Firmino first. Those around him use him as a sponge, soaking up enemy pressure only to release the ball almost immediately and free up space for those in better positions.

But just as impressive as his technical ability is his work rate. Liverpool's defence starts with Firmino and, in an era where intense pressing has never been so widely accepted, the Brazilian has revolutionised how a striker works off the ball. Chasing loose ends, committing cynical fouls, giving the defender not a minute of breathing space; Firmino's selflessness is crucial to his success.

While clubs still go out looking for a man to score 20 goals a season, that's no longer all they are looking for. Because of players like Firmino it is now essential for an attacker to work hard, to be intelligent outside the box and to be able to bring teammates in to play. Strikers who merely want to stand in the six-yard box and swing their boot at anything that moves are being phased out - and they have forwards like Firmino to thank for it. In an age where football is forever changing, players like Firmino are finding a different way of playing the game. Decades ago the idea of playing anything other than 4-4-2 in England seemed a ridiculous one, let alone overlapping centre-backs.

Therefore it's futile to compare Firmino's scoring statistics with Robert Lewandowski or Sergio Aguero. Instead you must evaluate his impact within the system he's playing and how he unlocks not only his own potential, but that of those around him.