​After reaching the Champions League final in June and smashing their transfer record for a 'generational' central midfielder, Tottenham were seen as a genuine title-contender ahead of their first game of the season with Aston Villa.

But halfway through the 2019/20 campaign, the Lilywhites sit fifth in the table and 23 points adrift of Liverpool at the Premier League summit.

Oh, and by the way, Jose Mourinho is at the helm. Mauricio Pochettino is jobless.

With Pochettino losing his grip on a squad in which most once saw him as a father, Daniel Levy decided to part ways with the Argentine coach in the latter stages of the November international break and drafted in Mourinho within 24 hours of his departure.

And without Mourinho, this report card would be reading much bleaker. 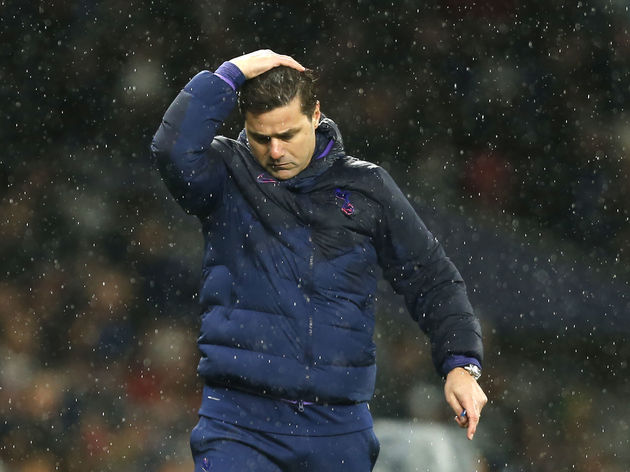 After Poch oversaw his last game in charge - a 1-1 draw at home to Sheffield United - Spurs were in the bottom half of the table with their hopes of another top-four finish seemingly dashed in November.

However, Jose has helped Spurs surge up the standings and the north London outfit are now up to fifth after winning five of their last seven under their new boss - including the recent Boxing Day triumph over Brighton - and have closed the gap to fourth-placed Chelsea to just three points.

With the Lilywhites heading for a season of obscurity under Pochettino, Mourinho has come in and has swiftly got them in a healthy position to reach the top four - which would be a significant achievement when you consider the mess Spurs were in.

Although they're a long way off pre-season expectations, Spurs have certainly made the best out of a woeful situation over the past month or so. 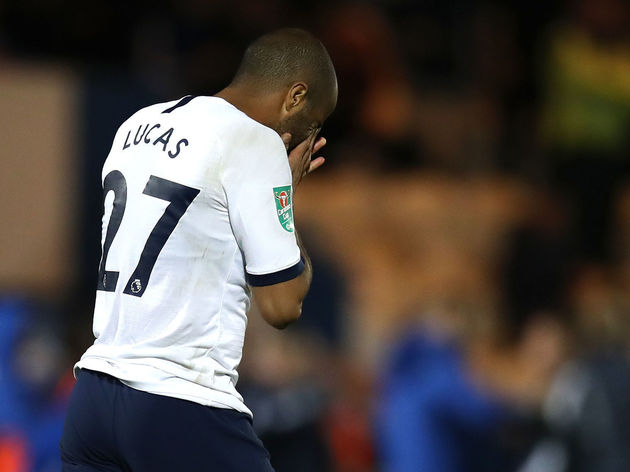 Carabao Cup? No idea what you're talking about. Was there even one this season?

In all seriousness, out of all the lows in Poch's final few months in charge, defeat at League Two Colchester may have been the lowest of the low.

Despite the likes of Dele Alli, Lucas Moura, Christian Eriksen, Heung-min Son and Erik Lamela all appearing at the Colchester Community Stadium that night, Spurs were forced to settle for a 0-0 draw, eventually losing on penalties. 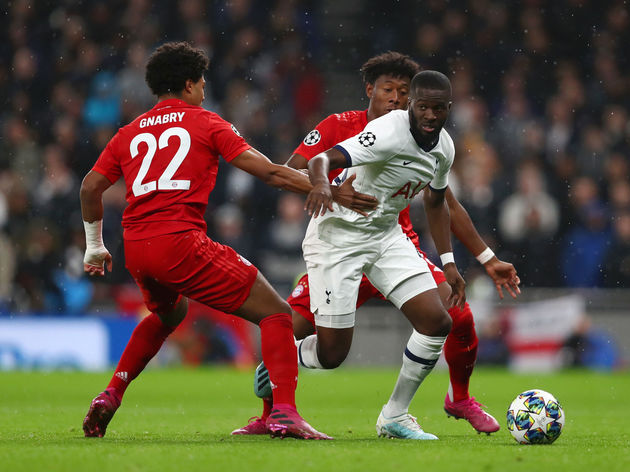 When the group stage draw was made, it was pretty predictable as to who would progress from Group B: Bayern and Spurs.

The Lilywhites, however, made it as hard as they possibly could for themselves as they picked up just one point from their opening two games - throwing away a two-goal lead at Olympiacos before...actually, I've forgotten what happened on matchday two. Strange.

Nevertheless, 5-0 and 4-0 wins over Red Star Belgrade in their next two followed by a come-from-behind 4-2 victory at home to Olympiacos saw Spurs through before their 3-1 defeat at Bayern in their final game.

After their rather forgettable fixture against the Bavarians, Spurs were drawn against Bundesliga leaders RB Leipzig in the first knockout phase, a tie in which the Lilywhites' and Mourinho's superior experience may prove key. 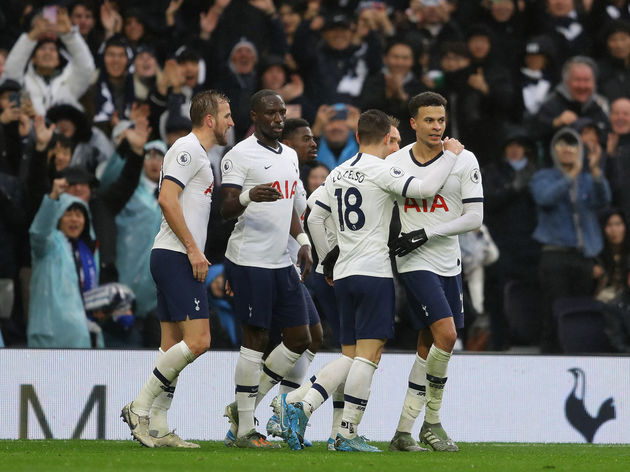 After often struggling to break down sides that deployed a low block, Spurs have remembered how to score goals again under their notoriously defensive-minded manager.

Mourinho's Spurs have scored in every game bar one - the 2-0 defeat to Chelsea - and have certainly looked more fluid (on occasions) since Mourinho took over.

Jose has often emphasised on a 3-2-5 when building up play, and this has often seen the likes of Moura, Son and Alli enjoy great freedom between opposition lines - with Alli playing in a similar role to the one he played in his early Spurs days.

While in some games they've looked static and void of any ideas going forward, particularly against the better sides, Spurs have been able to blow inferior sides away with their attacking talent.

When Tanguy Ndombele returns and Giovani Lo Celso is granted more game time, this Spurs side will become a relentless, entertaining attacking force. 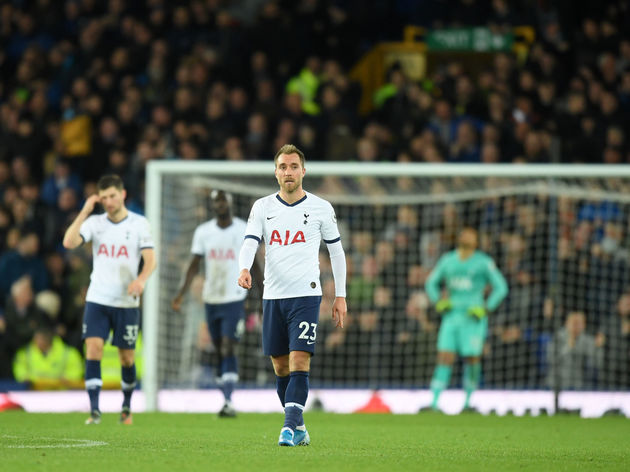 Conceding goals has undoubtedly been Spurs' biggest issue, but it's hard to pinpoint exactly why they're allowing so many goals.

During Poch's final months in charge, Spurs rarely pressed high but neither were they organised defensively to shut teams out - often forcing Hugo Lloris and Paulo Gazzaniga into plenty of saves in every game they played.

While under Mourinho they've looked more organised out of possession and have pressed more intelligently, the protection of the back four has remained poor - the need for a new defensive midfielder is key for Mourinho.

Eric Dier's immobility and limited ability in possession has caused Spurs problems against better sides. For Spurs to significantly improve, greater protection of the back four is required. 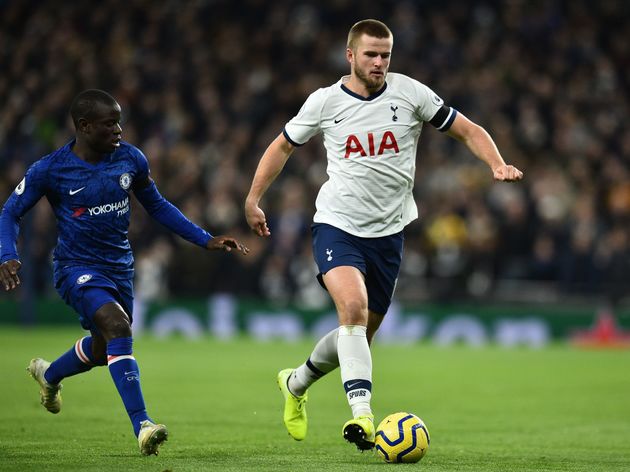 As just mentioned, a defensive midfielder is pivotal. When he gets up to speed, this Spurs side has to be built around Ndombele – and the first step in doing that is signing a young, natural ball-winner to play alongside the Frenchman.

Along with this, depth at right-back wouldn't go amiss, although Serge Aurier has often impressed under Mourinho. With Kyle Walker-Peters yet to prove himself at the highest level and Mourinho seeing Juan Foyth more as a centre-back, the Ivorian faces minimal competition for his place.

Finally, with Spurs' fixture list piling up in the second half of the season, a backup to Harry Kane may be required. Troy Parrott has a bright future ahead of him but for now, Spurs need someone who could play the Fernando Llorente role.

A player that many opposition fans weirdly love to hate and slate, Harry Kane

 Commitment to the cause

He can hold it up, play with his back to goal, draw fouls, play every pass in the book, beat a man for pace and power, score any sort of goal - you name it, he can do it.

His work-rate off the ball is also superb, just have a little rewatch of the dying embers of Spurs' recent clash with Brighton, you'll see Kane tracking back to cover Aurier in his own third. 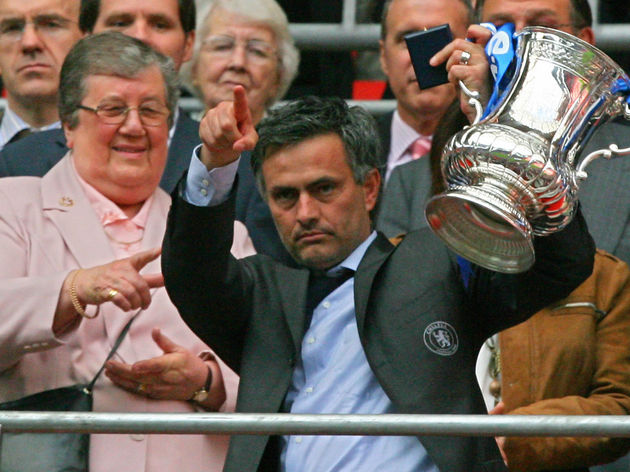 With Frank Lampard's Chelsea beginning to struggle against inferior opposition and the gap being just three points between the London rivals, Spurs are in a great position to make the top-four. It wouldn't be surprising either to see Leicester being dragged into the dogfight as well, with Manchester United and Wolves other candidates.

But Spurs have the superior talent and should be considered favourites to make, at least, fourth spot.

In the cup competitions, Mourinho will place a great emphasis on winning the FA Cup and with his experience, they have a great chance of enjoying another deep run in Europe's premier competition. 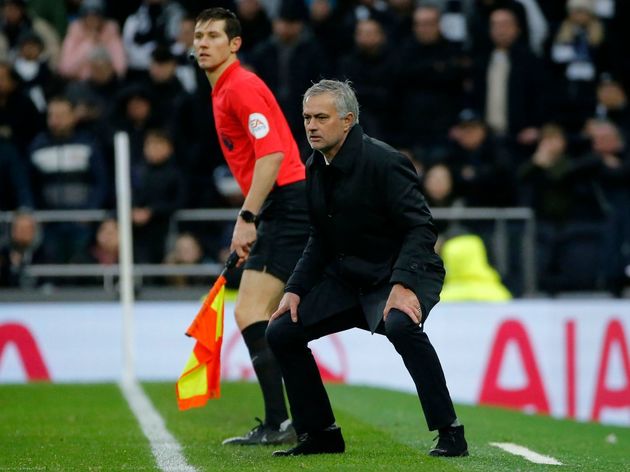 Mourinho has made this slightly better reading for Spurs fans and on the whole, he's turned a disastrous campaign into a potentially decent one.

While they're a long way off where many thought they would be before the season, Spurs have reached the last 16 of the Champions League

It's not all bad, and the whole 'new manager bounce' thingy has to be credited for their recent improvement. This talented Spurs