​Freddie Ljungberg has stated that he will be remaining at Arsenal following the appointment of Mikel Arteta as head coach, but a Swedish report has claimed that he's been in talks with Malmö FF about becoming their new boss.

After the club parted ways with Unai Emery in November, the Swede took over as interim boss. In this time, the north London side picked up just one win in five games, a 3-1 victory away to West Ham. 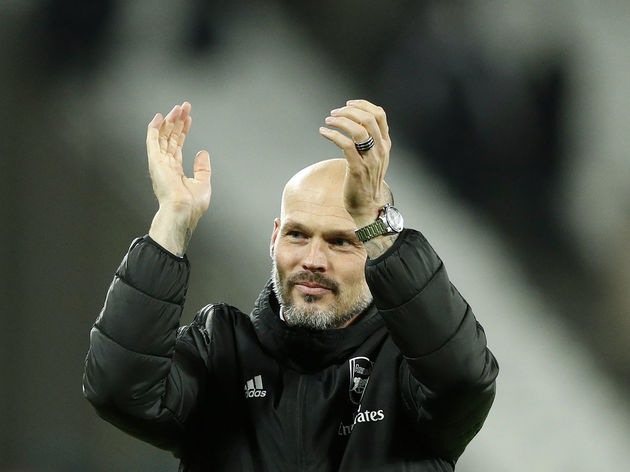 Arsenal ​officially confirmed the appointment of Arteta as their new head coach on Friday, with the Spaniard being handed a contract until 2023. Despite confirmation of his arrival, Arteta will watch on from the stands on Saturday and Ljungberg will lead the team out one final time as the Gunners take on Everton at Goodison Park.

The Swede has now sought to clarify his future, taking to Twitter in order to exclaim his delight at helping the club over the past few weeks, before stating that he's looking forward to working with Arteta moving forward.

While Ljungberg has stated that he will be staying in north London, Swedish outlet Sportal.se report that he has been in talks with Malmö FF. The Swedish giants recently parted ways with manager Uwe Rösler and, as a result, are on the lookout for a replacement.

The report states that Director of Football Daniel Andersson has a good relationship with Ljungberg, and it's claimed that the opportunity would be a 'perfect step' in his coaching career.

The message from me is still the same, get behind us and support the team! It’s been an honour to have helped the club I love for the last few weeks and I am excited to work with @m8arteta and his staff moving forwards pic.twitter.com/rj6xTrcLuV

Sportal's report does note that he may stay put under Arteta, but he remains under consideration as Malmö seek to appoint their successor to Rosler sooner rather than later.

One thing that is for certain is that Ljungberg will want to earn victory in his final game in charge of ​Arsenal, but it's very much a case of watch this space over his long-term future.