Callum Hudson-Odoi: Why His Return Could Be a Catalyst for a Chelsea Revival

ICYMI, Callum Hudson-Odoi is back, baybeeee. Or at least back in training, which is as good as, IMHO (I wonder if I can begin every line with an abbreviation?).

The 18-year-old winger, who's been out with an Achilles injury since April, is also set to sign a whopping, whapping, whamming, whatting(?) £200,000-a-week contract extension in the coming days/hours, ahead of his expected September return.

Essentially, it's all coming up CHO at Stamford Bridge, and I, for one, couldn't be happier. The man/boy is a living legend, clearly. I mean sure, you can choose to focus on the fact that he may, at one point in time, have handed in a transfer request in an effort to push through a move to Bayern Munich. And that focus my make you think twice about handing him, in turn, 'legendary' man/boy status. But we all know why he wanted to move to Bavaria, don't we? We know that it was an enticing combination of genuine gametime at one of the best clubs in the world and the Jadon Sancho effect.

We also now know that the man/boy is worth the €35-€40m that the German champions were offering, and that if a sizeable pay-cheque is what must be done to ensure we don't have to go out looking for another one - and Lord knows he won't be English or homegrown - so be it.

Because, make no mistake about it, he is that good. And, if in January he was worth that much after playing less than an hour of Premier League football, how much is he worth now? How many Oli McBurnies would you take in exchange for one Hudson-Odoi? Cause he's worth £20m, apparently, and if the answer's anything less than four you're lying.

Indeed, what better motivation for the rest of the youth players than seeing the value placed on one of their peers?

All this is to say that the contract and earlier-than-anticipated return is excellent news, news that will have a great bearing on the campaign.

Because, ICYMI, things haven't been going too well down in west London. I mean, actually, 60-70% of all three performances have been fairly impressive so far. It's just those pesky remaining percentage points that are letting Frank Lampard down, just as they let Maurizio Sarri down.

Only this time it's different. Whereas under Sarri Chelsea would have heaps of the ball, create a fair few chances, convert none of them, and then go behind against the run of play, then get demoralised beyond repair, Frank Lampard's Chelsea have started excellently, created heaps of chances, taken at least one - United aside - but then run out of steam and allowed the opponents into the game. 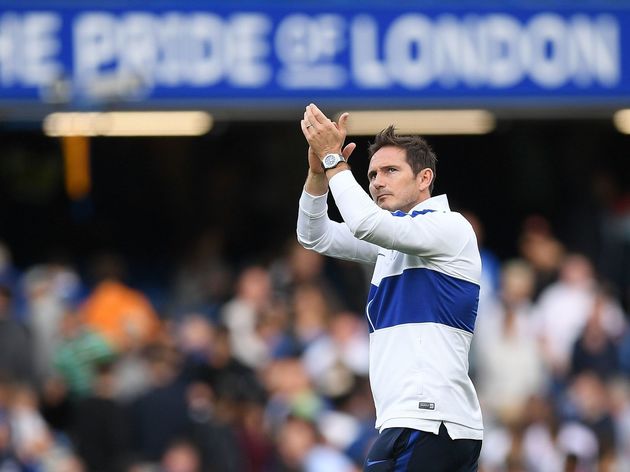 Surprisingly, given Sarri's reputation, the football has arguably improved under the club's record goalscorer. What is surprising, and in turn concerning, is how much the fitness seems to have taken a hit.

That level of surprise, though, is diminished when you consider the *Ahh sh*t, here we go again* summer's transfer ban, which Super Frank won't stop alluding to in post-match press conferences, so neither will I.

While the emergence of youth has breathed a smidgeon of fresh air into a cobwebbed squad, it's not the same as newly minted signings, especially following the generational loss of, *yeah, we get it*, Eden Hazard.

Even so, the Blues' predilection for fading away in games thus far has been worrying. Which is where ya boy comes in. Pedro and Willian have long been divisive figures at Stamford Bridge, with the latter provoking particular fervour in some parts of the fanbase. And, while the former has looked extraordinarily indefatigable at times (then later sorely fatigued), the latter, with just 19 minutes under his belt (I stress) has provided plenty of ammunition to his haters so far.

But, whatever your opinion on the veteran wingers, one thing is clear: they need help. For different reasons, they need reinforcements. For how long Pedro will remain such a scamperer remains to be seen, but his output will undoubtedly be elongated with the return of CHO, allowing him to scamper that extra inch, with that extra bit of oomph.

As for Willian, well, clearly, the Brazilian is in need of a bit of motivation, so what better carrot than the man/boy who is desperate for the number 10 shirt he only just garnered returning to the fold, and threatening his place in the side.

Considering Lampard's willingness to throw the youth in thus far, and the feel-good smokescreen it provides, it is likely CHO will come back as more than just a threat to Willian, which will favour him in two ways.

 The Top 50 Greatest Managers of All Time.

Firstly, another youngster can only continue the feeling of a long-awaited youthful revolution at the Bridge and secondly, Hudson-Odoi showed himself to be a far more direct player than both last season, and a greater goal-threat, too.

Which, yes, surprise, surprise, is what Chelsea need more than anything at the minute. So, yeah, basically, wake me up when September starts.