Frank Lampard has described Chelsea's 4-0 defeat to Manchester United as a 'reality check', but insisted that his side did not deserve to lose by such an emphatic margin.

The Blues began brightly but fell behind to Marcus Rashford's penalty in the first half. After the break, United went on to punish Chelsea and netted a further three to ensure Lampard's dream return to Stamford Bridge turned into a nightmare. Speaking to ​Sky Sports after the game, Lampard revealed his disappointment at ​Chelsea's errors, adding that he was looking forward to welcoming back a number of key players from injury.

He said: ​"It was nowhere near a 4-0. Four mistakes for the goals, but we controlled major parts of the first half. We hit the woodwork, poor decisions in the final third when we should be able to get shots away, we should be in the lead at half-time.

"Early in the second half I didn't mind it, and then two mistakes for their second and third goals - it's much easier for them to play at 3-0 up. At 1-0, we were the better team, but I can't stand here and look happy with that. "They are a counter-attacking team, it’s a big strength, they have pace, and if you turn over the ball or give them opportunities they will counter. For massive parts of the game we didn’t allow them to do that. We were the ones winning the ball back, but out final ball wasn't great. We were so comfortable in the first half, so loads of lessons for us.

"We can't make unforced errors and mistakes at this level. At the same time, it was nowhere near a 4-0.

"I've tried to stay away from the transfer ban and injuries. N'Golo [​Kante] coming on was good to get him minutes, so that's a bonus for us. We have [Antonio] ​Rudiger and ​Willian not far away, Callum [Hudson-Odoi] and Ruben [​Loftus-Cheek] will be slightly further than that. Reece James is also coming back, and he's going to be a big player for us I think. 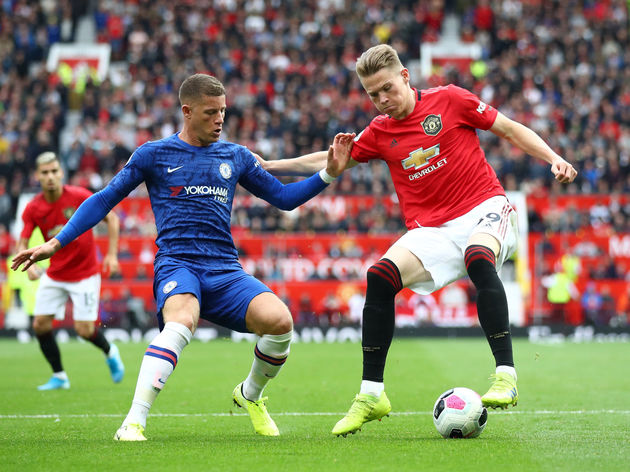 "We are missing internationals and big players but I don’t want that excuse. The team we put out today was clearly competing in the game for long periods but we made four mistakes and they were clinical in the way they put them away. There's a reality check for us all tonight."