In the hallowed halls of media cliches, a gigantic football score is normally known as a cricket score. But, while 23-0 is a feasible cricket score, it doesn't really ring true. But a rugby score? Now we're talking.

And we have Bayern Munich to thank for this linguistic revolution, after the Bundesliga champions romped (don't worry, that's still the only appropriate word for such a win) to a 23-0 win against FC Rottach-Egern.

It was rottach luck for Egern, who were made to look like amateurs against the Bavarians because, well, that's what they are. But that's not the point.

Having gone down 20-2 (more of a cricket score that, Clive) in the same game last summer, the Tegernsee side were keen to right some wrongs this time around. And they certainly did, for six minutes or so.

But then they let Swansea City flop Renato Sanches open the scoring, and when you do that, you know you're in for a hiding. This was confirmed a mere minute later, when 18-year-old Leon Dajuku made it two, with Robert Lewandowski scoring the first of his three goals two minutes after that.

In the 20th minute, Sanches scored his second and Bayern's fifth, with Lewandowski rapping up a hat-trick inside 29 minutes. In the 34th minute, Serge Gnabry came to the party, before the Corentin Tolisso takeover took off, with the Frenchman netting four in five minutes. 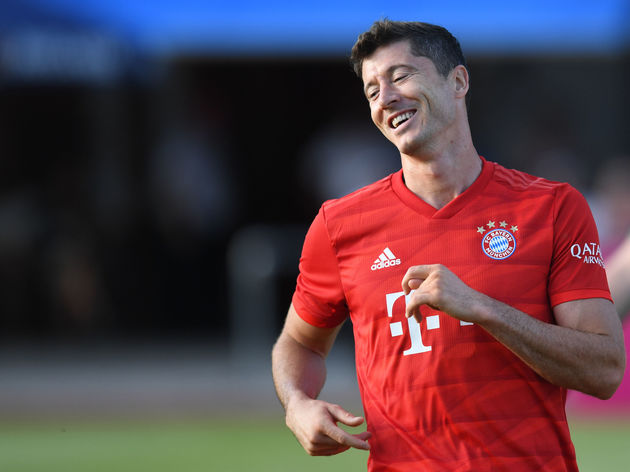 Admirably, Rottach then held the floodgates for four long minutes, before Thomas Muller broke the resistance, with Kwasi Reidt and Sarpreet Singh piling it on in the next ten minutes.

God, this is getting exhausting just writing it, imagine actually having to pick the ball out of the net this many times?

Anyway, Muller nabbed another in the 61st minute, before Leon Goretzka grabbed a four-minute brace. Then poor Lard Dietrich scored an own goal, Wriedt got his brace and Goretzka completed his hat-trick. 79 long hard minutes have ticked by. It's 20-0.

The Tengerseeans had ten minutes to keep it a cricket score. But alas they then met the irrepressible force of Alex Nollenberger. Is it dead? Alas, no, there were still two more hat-tricks to be sealed - first Wriedt, then, in the 88th minute, Muller.

For the remaining two minutes - christ, I hope there wasn't any added time - the Rottachs stood firm. I'll leave you with a line in FCB's official match report, because it really does rub the salt in the 23 wounds.

It reads: "In contrast to last year’s meeting, the plucky hosts failed to find the net themselves but the result was of secondary importance."

Oh, and Lucas Hernandez made his return from injury with a debut. That's the most important thing. Obviously.