​PFA Player of the Year and Liverpool centre back Virgil van Dijk has offered Harry Maguire a word of warning about dealing with the pressure that comes with being the world's most expensive defender.

This comes after Maguire completed an £80m move from Leicester City to Manchester United, breaking the record previously held by Virgil van Dik who move to Liverpool for £75m.

After holding the title as the most expensive defender for 20 months, the Dutch international has offered a few words of wisdom on how to cope with the weight of a world record transfer fee. "It's not easy to completely shut off all the pressure. Quite a lot of things are more important than playing football. You need to enjoy it but the pressure will always be there.

"Just focus on doing what you love to do and play your best game. Get your qualities out on the pitch, enjoy your game and don't think about the other things."

And it's not just pressure from spectators and the media that Van Dijk has touched on, but also comments from opponents on the pitch too.

Looking forward to the next chapter of my career @ManUtd 

"If opponents have a go during the game because you cost that much, what can you do? I'm not listening to them. It does not change anything in my head."

Manchester United are in pretty dire need for Maguire to take the former ​Southampton man's comments on board ahead of the Red Devils' 2019/20 campaign.

United conceded 54 goals least season, the most of any club outside the top six and also more than Crystal Palace and ​Newcastle United, who both finished in the bottom half of the table. 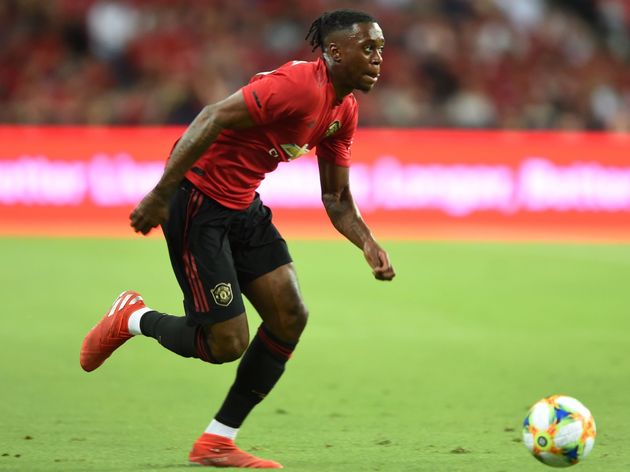 But Ole Gunnar Solskjaer has acted urgently to change this; ​Maguire will inevitably be a key figure in a new-look Manchester United back four which also features former ​Crystal Palace right back Aaron Wan-Bissaka, who joined for £50m earlier in the window.

If ​United are to enjoy success during Solskjaer's first full season in charge, improvements they've made defensively will surely play vital role.