Liverpool and Brazil goalkeeper Alisson Becker appears to be making the most of his holidays, following his Champions League and Copa America success - according to a brilliant Jurgen Klopp story. 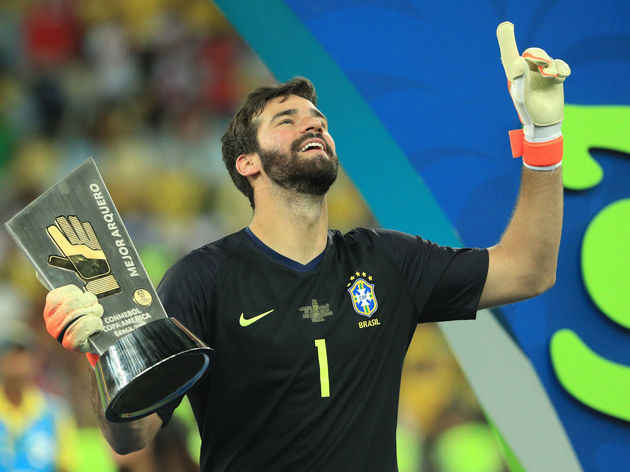 Alisson has been on holiday since his Copa America success, and is expected back for training at the end of July. However, in an interview with The Anfield Wrap, Klopp revealed that he sent the Brazilian a message asking: "Are you okay?"

"And he only sent a picture back of him riding a horse with a cowboy hat on," the German continued.

"And he only sent a picture back of him riding a horse with a cowboy hat on." 

 Subscribe to watch or listen to our exclusive 20 minute interview with Jurgen Klopp and more from the US  https://t.co/oaOWcUzrlr pic.twitter.com/enngJ2i7X4

Alisson is expected to return to training in the coming days along with Roberto Firmino and ​Mohamed Salah. The shot-stopper will be a welcomed addition back to the squad, with ​Liverpool struggling to find their formidable form in pre-season.

The Reds have already lost to Borussia Dortmund and Sevilla, while they also struggled as they ​drew 2-2 with Sporting CP in their most recent match. The club will play Napoli and Lyon in their remaining pre-season fixtures, before facing Manchester City in the Community Shield on August 4.