Leicester are not against selling the former Hull and Sheffield United star, but only for what they consider to be the right price.

Leicester manager Brendan Rodgers confirmed earlier this week that no club has yet met their valuation for Maguire - thought to be in the region of £80m-£90m. He also stated that Maguire will remain a Foxes player until someone does, implying the figure is non-negotiable.

"The simplicity is that there is a valuation that hasn't been met yet and until that happens he is very much focused on being a Leicester player," Rodgers said on the matter on Tuesday night.

And while he has been praised for his professionalism throughout the ongoing saga, that stance at the King Power Stadium has seemingly not done down well with Maguire.

Sky Sports reporter Kaveh Solhekol has tweeted that Maguire is 'frustrated' by Leicester, who paid just £17m for him in 2017, not least because he is keen to follow in the footsteps of former Old Trafford stars Rio Ferdinand and Nemanja Vidic, players he idolised growing up.

Harry Maguire would be honoured to play for Manchester United and follow in the footsteps of his heroes Nemanja Vidic and Rio Ferdinand. Maguire is frustrated at Leicester’s stance at the moment.

A separate update from The Sun also makes note of Maguire's admiration for Ferdinand and Vidic, as well as putting ex-United skipper Steve Bruce in the mix. Bruce left Old Trafford when Maguire was still a toddler, but they are similar in style, while Bruce's famous 1993 goals against Sheffield Wednesday - Maguire grew up a Sheffield United fan - have become iconic.

The Sun claims that Maguire even has ambitions of eventually becoming captain at Old Trafford. The 26-year-old is said to believe he has the 'right temperament' for the role and might one day 'persuade boss Ole Gunnar Solskjaer to one day given him the job as club captain'.

But if Maguire is to become a United player, there is also a time limit. The Premier League transfer window is only open until 8 August, but Leicester will insist that any deal for Maguire is concluded even sooner to give them chance to sign a replacement. 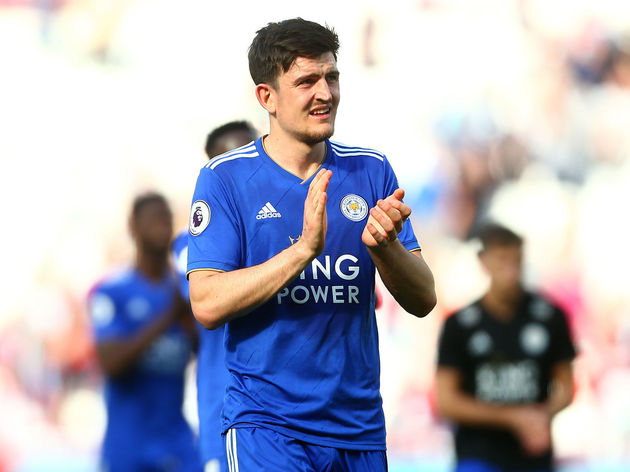 In further quotes from Rodgers, it is suggested that Leicester would be prepared to pull the plug on Maguire leaving if they don't believe there is enough time to serve their interests.

"If the valuation isn't met, it certainly won't be allowed to go to the very end because if we did want to bring someone in it would be too late so there will be a point in time where even if the valuation is met, it may be too late," the Leicester boss is quoted as saying by Daily Star.