The 10 Worst Contracts in World Football

Negotiating a player's contract is far from simple and, in modern football, a club may have to make a few compromises in order to secure the player they desire.

However that doesn't excuse the contract mistakes that have been made for the players on this list, who are all either earning far too much, are set to overstay their welcome and are unlikely to be on the move anytime soon. Fraser Forster made just one appearance in 2018/19, rotting away on the bench while Alex McCarthy and Angus Gunn rotated in between the sticks for Southampton.

Despite this, Forster remains one of ​Southampton's highest earners, netting £70,000-per-week and he is contracted to remain on the south coast until 2022. His high wages will make it very difficult for the Saints to offload him before that deal expires and they could be set to lose a hefty sum of money over the coming years. Money isn't really a problem for Paris Saint-Germain, but they are wasting a fair amount on Jese, Antonio Donnarumma is the lowest-paid player on this list, but that doesn't make his contract agreement with ​Milan any less ridiculous.

The Italian goalkeeper was brought in for one reason - to persuade his brother Gianluigi to stay put at the club. He has played twice in two years, earning a staggering £50,000-per-week in the process, and it will be impossible to move him on if Gianluigi does end up leaving the club within the next two years. It's safe to assume that Milan didn't entirely think this one through. It's a sad state of affairs when, despite his undeniable uselessness, ​Phil Jones is offered a bumper deal at ​Manchester United.

Jones was provided with fresh terms at the start of 2019, keeping him at the club until 2024 (yes, 2024) and his wages were doubled to £120,000-per-week (yes, £120,000-per-week). It's hard to decipher exactly why United thought this was a good idea, but at least Jones will probably be in line for a testimonial by the time he leaves as a free agent in five years time. ​Philippe Coutinho is ​Barcelona's third-highest earner behind ​Lionel Messi and Luis Suarez. When you consider his recent performances and the reception he has received from the Barca faithful, that is not a good thing. You can forgive ​Real Madrid for making ​Gareth Bale one of the highest-paid footballers in world football. After all, he was one of the best players in the world upon his arrival at the Bernabeu and, in fairness, he has achieved plenty of success in Spain.

It's all turned sour for Bale in recent years and his wages - which sit at £350,000-per-week - are currently preventing him from being able to leave Los Blancos this summer. Right now, everyone is a loser. Bale is cashing in instead of playing football and Real Madrid are wasting an extortionate amount of money. In order to keep ​Mesut Ozil at ​Arsenal, the Gunners were forced to activate an extension in the German's contract clause, boosting his weekly wages to £350,000.

It may have made sense to hang on to him at the time, but his deal blows Arsenal's otherwise conservative wage structure way out of proportion and he hasn't exactly been in the best of form of late. He's set to stay put until 2021 and it seems highly unlikely that any top European side will be looking match his Arsenal salary. While the likes of Fraser Forster and Antonio Donnarumma are getting paid for doing very little, Danny Drinkwater gets paid even more for doing absolutely nothing.

​After impressing at Leicester, ​Chelsea opted to snap Drinkwater up on a five-year deal which - even at the time - was utterly bizarre. He earns £100,000-per-week with the Blues and made a grand total of one appearance in 2018/19. Even that's debatable, as it came in the Community Shield. 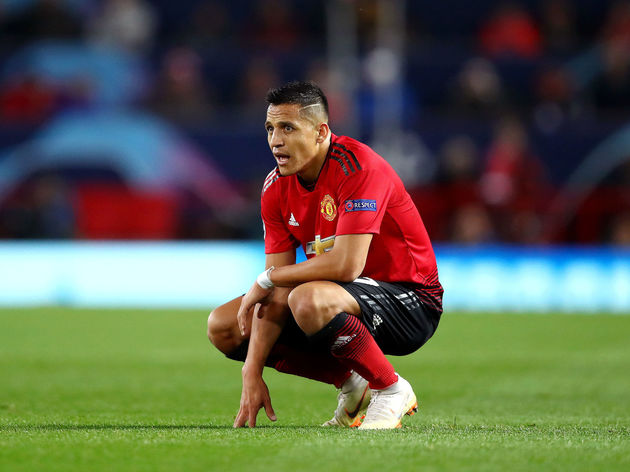 Easily the worst contract in world football, ​Alexis Sanchez's deal at Manchester United is nothing short of laughable.

United made Sanchez the highest-paid player in the ​Premier League upon signing him from Arsenal at the start of 2018, negotiating a contract which sees him earn £391,000-per-week - with appearance and goal bonuses taking that figure up to £500,000. He's been an unmitigated disaster, but United won't be able to part ways with him just yet, as he still has three years left on his deal at Old Trafford.