Manchester United are considering returning with a third bid of between £40m and £45m up front, with £5m in add-ons, for Crystal Palace defender Aaron Wan-Bissaka.

Wan-Bissaka's breakout 2018/19 season - where he made 39 appearances in all competitions -saw him become a top transfer target for United, who are looking to rebuild after a miserable campaign under Jose Mourinho and Ole Gunnar Solskjaer in 2018/19. Recent developments indicated that ​Palace ​had rejected an offer worth £50m from ​United, which involved an initial £35m payment, plus eventual add-on fees. Palace were noted to be looking for the Red Devils to make an improved offer, which involves a larger proportion of the fee guaranteed up front, and it appears that now may come.

United, according to the ​Evening Standard, are discussing lodging the improved bid in the knowledge that the sale of Matteo Darmian could make them as much as £10m back - offsetting the higher fee they'll put up front. The player has been told he can leave and both Juventus and Valencia are interested. 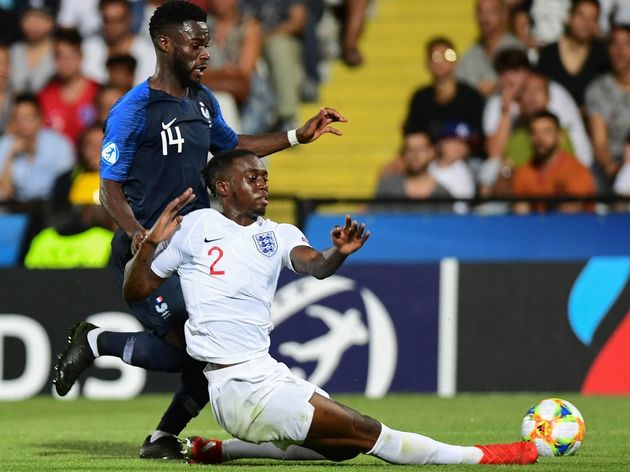 United, seemingly prepared for being unable to secure a deal for Wan-Bissaka, have also stepped up their pursuit of Norwich's Max Aarons, according to Sky Sports reporter ​Kaveh Solhekol.

Wan-Bissaka was last seen in action for England Under-21's against France in the European Championships, where he scored an own-goal during the closing stages to hand a dramatic victory to Les Bleus.