​Manchester United's failure to qualify for next season's Champions League has left their pursuit of Borussia Dortmund winger Jadon Sancho in ruins.

The club were already facing an uphill battle to convince Dortmund's top brass over the move, but they had hoped that a £100m transfer fee would grease the wheels with the Black and Yellows this summer.

The Daily Mail, however, now label Manchester United's rumoured deal for Sancho as 'doubtful' at best due to their failure to qualify for the Champions League next season. 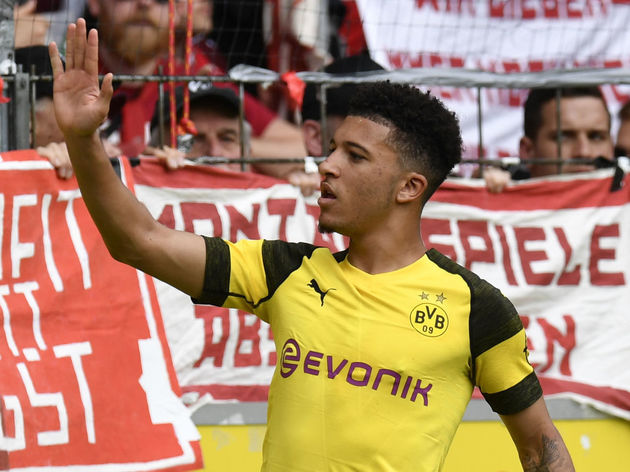 They add that Sancho had been open to the idea of returning to England this summer, but now the former Manchester City youth star looks set to stay at the Westfalenstadion for another season.

That has also been the sentiment coming out of Borussia Dortmund throughout this transfer saga, as with a contract that runs out in 2022, then next summer could prove to be the last chance to get top dollar for Sancho's signature.

But any suggestion that Sancho could join Manchester United this summer even with Champions League football under their belt has still largely been scoffed at in Germany.

The England international, who only moved to Dortmund in 2017, has been one of the best players in the Bundesliga this season, scoring 11 goals and claiming 14 assists in the league alone.

The thing is, if you're a talented youngster now - Jadon Sancho, for example - and United come in for you, do you really want to go there? Not a chance. Farce of a football club from top to bottom. Years in the wilderness ahead.

His combined tally means that only Robert Lewandowski - 22 goals and seven assists - has been directly involved in more goals in Germany's top flight, while only Eden Hazard