Southampton cruised to a 2-0 victory over Fulham in a crucial encounter at the bottom of the table to reignite their survival hopes, while all but condemning the visitors to Championship football next season.

A sharp opening by the hosts saw Nathan Redmond at the heart of all their attacking moves, but it was his strike partner Charlie Austin who had the first chance - however the goal was harshly ruled out for a supposed foul on Sergio Rico. The breakthrough came five minutes later after Rico's soft punch from Ryan Bertrand's corner fell to Oriol Romeu, whose bobbling shot from outside the box somehow squirmed through a sea of bodies and into the net.

​Fulham lacked quality, but more importantly fight as the Saints extended their lead on 41 minutes after Bertrand's shot could only be parried into the path of James Ward-Prowse, who tapped into an empty net.

Claudio Ranieri's side showed more intent in the second half, pushing the back four further up in a bid to gain a foothold in the game, but the lack of quality was painfully evident. Ryan Babel thought he'd scored in the 74th minute but saw his deflected effort crash off Angus Gunn's crossbar as the misery continued for the west Londoners, who are now ten points adrift of safety, while the Saints go into 17th, above Cardiff on goal difference.

Having been on an excellent run under Ralph Hasenhuttl, the wheels had somewhat come off in recent weeks after some disappointing results saw the Saints falter in their bid for ​Premier League survival. Their showdown with Fulham certainly fell under the title of a 'six-pointer' and the south coast outfit secured the win they so desperately needed without needing to move into third gear. They were the better side in the first period, with Redmond causing problems down the left hand side, but they were aided by a poor Cottagers side who offered little in the way of threat.

One of the key differences under Hasenhuttl has been the resurgence of Redmond, opting to utilise the ex-Norwich man in a more forward role, with the freedom to drift wide into the channels. In beating Fulham on Wednesday, ​Southampton have clawed their way out of the relegation zone on goal difference, however sterner tests will come in the coming weeks than a disjointed and dejected Fulham side.

Much of the talk around the changes implemented by Hasenhuttl have surrounded Redmond, yet it is his Saints teammate who has equally experienced a resurgence under the Austrian.

On a night where Southampton were likely to see much of the ball, Ward-Prowse was at the heart of all things good happening for the hosts, industrious in midfield and always with an eye on the runs the forwards were making. Even more notable is his goal contribution since the new manager came in, scoring three in his last four as the player previously touted for an England call-up is clearly enjoying his football once more.

To say Fulham were up against it in terms of their chances of survival prior to kick off would have been kind, to say the least. However, after the limp performance they put in at St. Mary's it's no wonder they're doomed for the drop this season. 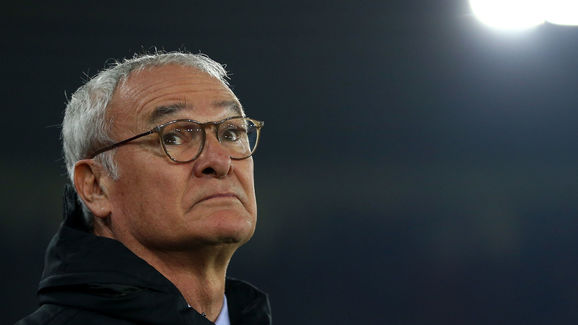 Before the game Claudio Ranieri's men knew even three points would leave them in 19th and still four points off today's opponents, with defeat leaving them a surely unassailable ten adrift of safety. Thus, nothing other than three points would have done for Cottagers. The team set-up was questionable, with a diamond formation in use against a team that play with wing backs sure to cause issues for their notoriously shaky defenders.

The amount of investment put into the squad in the summer indicated the intent of the Fulham board, yet, when the players aren't familiar with each other, let alone the division, the extent of the task at hand is made even harder. Equally, Fulham's arguably best midfielder Tom Cairney has barely featured all term, yet when he has, often finds himself in a wide role where he's ineffective. Many will be disappointed to see Fulham go down, but a shambolic defence and misguided investment means they're worthy of the Championship.

Just want the season to be over!!! I’d take relegation today just to stop having to watch this shit!!!! #FFC #Fulham

Ranieri is a shitshow. Must win to even have a glimmer of hope and he plays 3 CDMs, drops Sess, plays our most talented midfielder out wide and our winger up top. Shambles. #ffc #SOUFUL

One of the main complaints from Fulham supporters this season has been the lack of playing time given to their club captain. Cairney was outstanding for the Cottagers in their promotion-winning campaign last season and was set to lead the side out throughout their return to the Premier League. 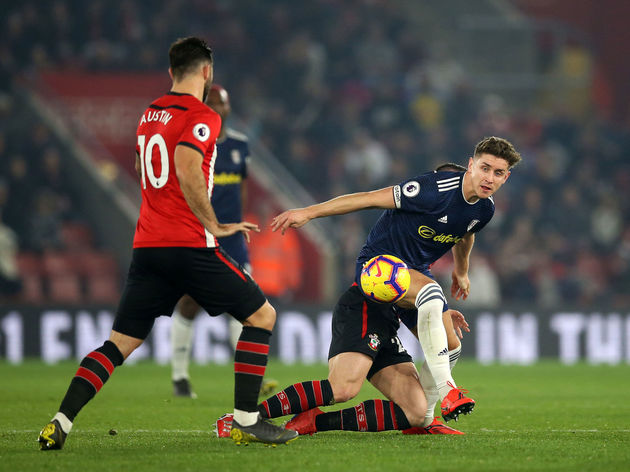 On the rare occasion he has featured for Fulham, though, he has found himself out of position, as he was on Wednesday night. The Englishman is more effective from a deeper role, but even from a wider position in the game it was the 28-year-old who seemed most likely to create a chance for the visitors.

He was surprisingly substituted in the 69th minute to a barrage of boos from the Fulham faithful, with the discontent from the supporters making itself vocal as the club stare down the barrel of relegation.

Also chants of "You don't know what you're doing" as Claudio Ranieri replaces Tom Cairney and Kevin McDonald with Ryan Sessegnon and Luciano Vietto.

Southampton face a tricky trip away to a rejuvenated Manchester United on Saturday before a similarly difficult home tie against Tottenham a week later.

Fulham, meanwhile, will need to take on west London rivals Chelsea at Craven Cottage on Sunday before travelling to the midlands to face Brendan Rodgers' Leicester.