The eagerly anticipated second instalment of 90min's power rankings for British players in Germany's top two divisions is finally here and there has already been some movement, even though three of them didn't add to their first team minutes last weekend.

Borussia Dortmund still sit at the top of the Bundesliga while Bayern Munich,

But away from all that, here's what everyone came for - 90min's power rankings for the Bundesliga Brits after matchday 23 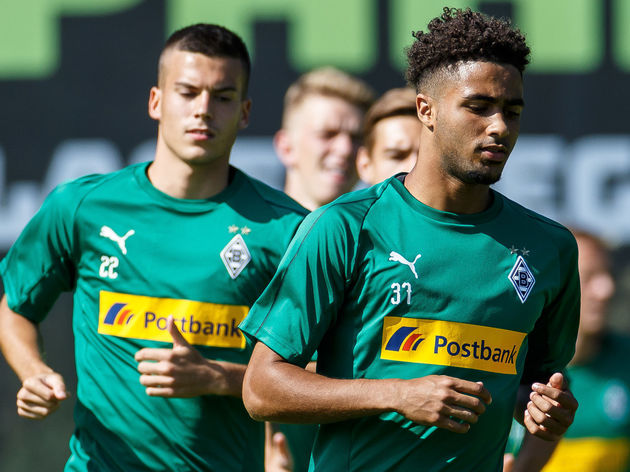 Next Game: vs Bayern Munich (H) After seeing five goals fly past him from four different goalscorers

Next Game: vs Borussia Dortmund (H) Arsenalloanee Emile Smith Rowe is still waiting for his chance with Germany's most hated club RB Leipzig, as the 18-year-old continues to overcome a groin strain.

Smith Rowe will be confident of breaking in alongside the likes of Timo Werner and Emil Forsberg, however, as the Red Bulls' draw with Hoffenheim on Monday was just their latest hiccup in the race for Champions League football next season. It's been a strange start to life in Reiss Nelson was being tipped as the next Jadon Sancho after he took to life on loan in the Bundesliga like a duck to water, where he scored six goals in his first seven Bundesliga appearances.

But the Arsenal loanee hasn't claimed a goal or assist since November and has slowly been dropping out of TSG Hoffenheim's first team.

He did make a cameo appearance against RB Leipzig on Monday but he couldn't do anything to stop defender Willi Orban equalising in the last minute of the game, cancelling out

Next Game: vs Eintracht Frankfurt (A) Next Game: vs Bayer 04 Leverkusen (A) Hamburger SV might have lost their 2. Bundesliga clash with The days of Jadon Sancho being considered as 'that English guy at Borussia Dortmund' are certainly nearing an end.

Once again the 18-year-old had an outstanding performance for Lucien Favre's title contenders and he was arguably the best performing player throughout the entire Bundesliga on matchday 23.

Sancho set-up Dan-Axel Zagadou to open the scoring against Bayer Leverkusen. Peter Bosz, who was back at the Westfalentadion for the first time after being sacked by Dortmund, saw his team get back on level terms through Kevin Volland.

Just a minute later, however, Sancho put the hosts back in front with a technically perfect volley into the far corner of Lukas Hradecky's net, a strike which was probably his best since joining the club in 2017.

Mario Götze then ensured Borussia Dortmund would extend their lead at the top of the table back to three points with a smart finish from the edge of the penalty area, leaving Jonathan Tah's late header as nothing more than a consolation goal.