When people think of ​FC Barcelona in the late 90s, their minds often conjure images of footballing greats. Laudrup, ​Guardiola, Ronaldo, De Boer - the list goes on. However, what most tend to forget is that not everyone who starred for Barça during that era was great. Some of them weren't even that good. 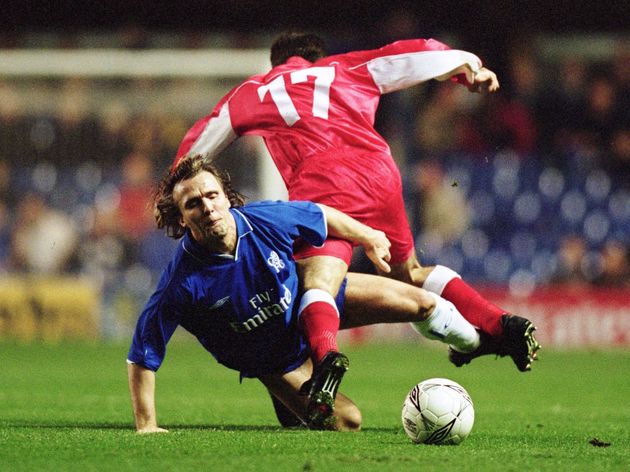 (Above: Bolo often killed two birds with one stone and used his judo moves in matches)

'Bolo' began his career at PSV in the Eredivisie, before joining the Catalonian side in 1998 under Dutch manager Louis van Gaal, who wanted to improve his Spanish skills by signing loads of Dutch players. Although initially deployed in central midfield, it wasn't long before Bolo was moved to his more natural position on the far side of the pitch, close to the subs' bench, a position he also often occupied. Despite photobombing various photos of Barcelona's good players holding up the ​La Liga trophy, Bolo became tired of being described by ​The Guardian as a 'poor man's Marc Overmars' and signed for Chelsea in the summer of 2001.

However, the Chelsea of Ken Bates and Mario Melchiot turned out to be rather different from the glitzy star-studded squad under the ownership of Roman Abramovich, and Zenners soon found himself on Teeside defending Middlesbrough's mid-table league position instead. A season-long loan was turned into a permanent move under Steve 'Good Manager' McClaren, whose transfer policy was later described reckless.

Yet the Dutchman did well in the northeast, scooping up the League Cup in his first season with the club. During the match, the player was left with a red face as red as the red shirt he was wearing when, When Zenden isn't watching the 54 second compilation of all his goals on YouTube, he works for a Dutch TV channel called Ziggo, which he claims is a bit like Sky, perhaps in the same way that a Renault Clio is the same as a Ferrari because they both have wheels.

"We had some excellent players at Middlesbrough like Colin Cooper"