​​Leicester City have been labelled as favourites to sign coveted Norwich midfielder James Maddison this summer.

The rising star had a stellar season for the Canaries in 2017/18 and was named as the club's Player of the Year, scoring 14 goals and contributing eight assists in 44 ​Championship appearances. His standout campaign gained serious amounts of interest from a number of ​Premier League clubs, who are reported to be eyeing a potential move this summer.

performances have also helped him gain international recognition, having received a call up to both the England Under-20 and Under-21 squads, making his debut for the latter against Ukraine in November last year. 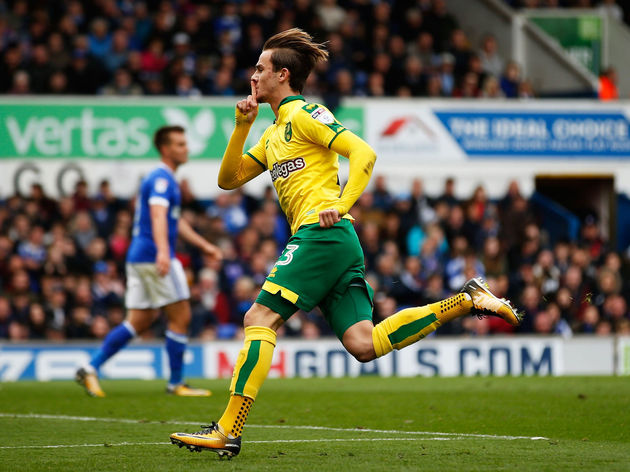 Now according to the Independent, it looks as though Leicester are the frontrunners in the race to sign the 21-year-old, amidst rumours suggesting they may be set to lose their star man Riyad Mahrez to Premier League champions ​Manchester City this summer.

It has previously been reported that a number of Premier League clubs such as ​Chelsea, ​Everton, Tottenham and newly promoted ​Fulham are all interested in signing Maddison this summer. However, the Independent also claim that the youngster would prefer a move to the King Power Stadium - situated closer to his hometown of Coventry.

​Norwich won't want to lose their star man on the cheap, with the report stating that the Canaries' asking prise for the youngster is £20m.