​Leeds United were reportedly among a whole host of clubs looking to secure the signing of Stevenage centre back Ben Wilmot in January, according to reports in ​The Independent

Fellow ​Premier League sides Liverpool and ​Brighton were also reportedly very interested in his services along with ​Leeds and ​Derby County. 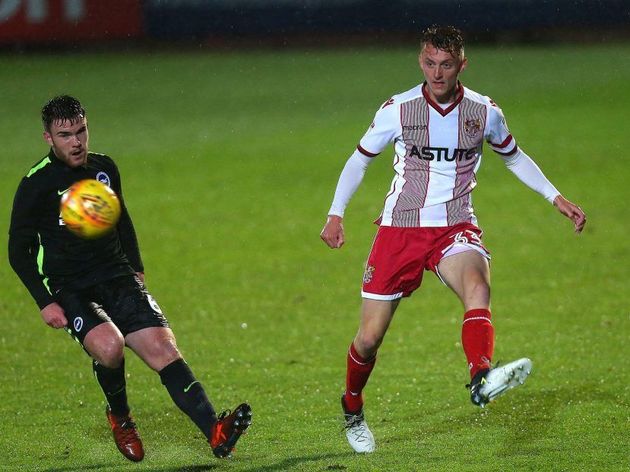 The 18-year-old has recently joined up with the England Under-19 squad which is packed full of ​Premier League talent like Manchester City's Phil Foden and Chelsea's Mason Mount.

Wilmot is experiencing a whole different type of football, facing up against the likes of Wycombe Wanderers and Barnet in the scrappy land of lower league football.

Despite only playing in ten games for the League Two outfit - who recently appointed Dino Maamria as their new manager - Wilmot has shown a remarkable level of talent and quality which is deemed by many clubs as far above fourth division level.

The young defender spoke about his international call up and League Two life to The Independent:

“It’s really good, because it’s proper. Youth team football is nowhere near what it’s like in the Football League. When you’re playing with men who need the result, need the bonuses to play the bills, it means a lot more than just playing at the training ground with the youth team.

''Mistakes aren’t taken as lightly as they are in youth team. The responsibility is far greater. But once you get used to that, you just play your own game and do what you can.''